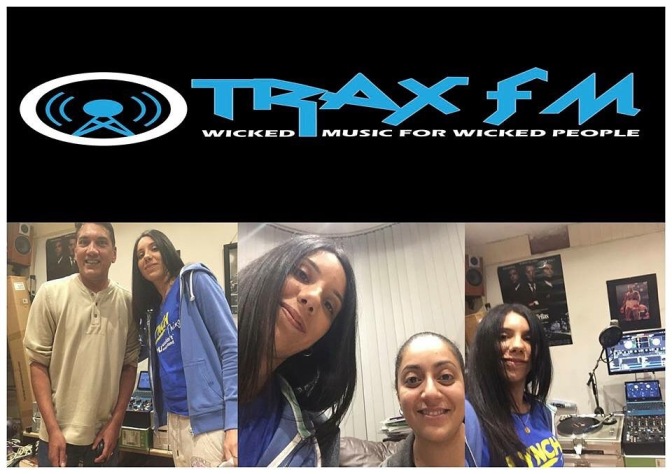 What is it about DJ’s? As soon as one tells you that they are a DJ they automatically go up by 10 cool points. “They just ooze cool dude”, I must admit I have been attracted to a DJ or two in my time.

The fascination for me with DJs is the fact that they get to work with music which I love.  I could listen to music all day and it will be spread over a range of different genres, it depends on my mood at the time. I also believe there to be a very creative factor to their work, (mixing music, creating new beats) but mostly spinning the right remixed track in a club scene, which makes the crowd on the dance floor go crazy. It’s impressive to say the least! Believe me, I have walked out of a place before because the DJ had no idea what they were doing; they were playing music for themselves rather than the crowd. It became so boring that I even saw other clubbers throwing the complimentary bar peanuts at each other for entertainment.  There is a massive difference between a great DJ and a terrible one and whilst I would love to know how to do what they do; I would obviously only want to be guided by the best.

The opportunity for me to be a special guest DJ on a 2-hour radio show was offered to me by my uncle David, who runs an online radio company called Trax FM http://www.traxfm.org/listen-again. This was an exciting experience; I didn’t hesitate in accepting the offer. I have always wanted to be a DJ for the day; I used to pretend I was a DJ when I was younger, recording DJ shows on my cassette player. My uncle David (DJ David RB), in my opinion, is a great DJ and I have been a massive fan of his work, so this was a great privilege.  Every now and then Trax FM will run a guest spot on the show, allowing people like me a chance to pick a selection of songs and present them along with DJ David RB. A few months ago, David had his daughter Rianna guest spot on his show and she was so naturally brilliant, he has passed the ear for music to his children!

Growing up, my brother and I followed my Uncle’s DJ’ing career closely. Any new remixes he did, we would have copies of his mixed tape, any family function we had, he would be the DJ and my brother and I would hang around his booth as if we were offering some sort of musical assistance (we were just loitering, basically, trying to soak up his DJ cool points!)

David went on to start a pirate radio show with two of his friends in the mid 80’s. My brother and I were fairly young at this time but we remember it well. I have a distinct memory of my aunty Sharon (David’s sister), my brother and myself twisting a coat hanger into the radio antenna so that we could get a clear signal of Trax Fm. I heard them all on the radio and then they made a shout out to me and my brother!  This was the most exciting thing I had ever heard, being 6 at the time. Hearing someone on the radio that you know makes you believe they are famous. I thought this meant they were en-route to celebrity stardom, little did I know that their radio studio was inside a caravan in my grandad’s back garden!  If I had known that beforehand, I would have run into the garden, stormed their radio set up and made a shout out to all my 6-year-old mates saying “see you at the sandbox on Monday morning”.

Unfortunately, the radio show was raided a lot and closed down; they even had their DJ equipment confiscated a few times. It is a shame as they had a big following.

DJ’ing was a passion for David that continued after the Trax FM raids and he even produced a couple of hip hop records with his friend and made an appearance on Network East (an Asian TV programme on BBC 2 in the late 80’s) because he collaborated his music with a few main-stream Bhangra artists.

Things have developed even more for David, and with the help of technological advancement over the years he has now revived Trax FM! The bonus of internet radio is how far your broadcast will travel. Gone are the days where you had to use coat hangers, coke cans or even sellotape in the antenna, just to allow you to receive a signal to listen to your favourite pirate station.

The 09th September was the date that David and I secured to record live and for me to see him in action. I felt really nervous, I knew I would co-present the show and I was concerned that I would sound dorky! I also knew that Trax has a large following, so didn’t want to let David down.

I sent my playlist to David before the show so that we would have everything prepared and made my way to join him for his scheduled show from 8-10pm. As I arrived, David was already working on a show with another DJ on Trax FM called Judge Jim. Judge Jim was skyped in and his show is based on all the current affairs and news debates, his show is right before David’s. This was a great opportunity to see the world of radio and how it all works and what modern technology has allowed you to do. David went on to explain everything in his studio; they keep a chat room live during each show to speak to the DJs and fellow Trax DJs at the time they are broadcasting. There is also a statistics report of where the show is being listened to and how many people are listening live. As I looked at the stats, I saw that Trax FM is being listened to all over the world! They could just about broadcast to the house across the street back in the 80’s let alone overseas! This also set in the realisation that I would be talking to thousands, all over the world. I needed to sound cool and DJ-like, not weird and in some nervous language that no one understands (including me).

8pm arrived and the intro played us in, I couldn’t believe I was doing this. Lucky for me David took the reins and spoke first, introducing me as his special guest. I remember wondering, should I have prepared a script or something! Well there was no time left, David looks over to me to “say things” on the Radio! I eventually squeaked a pathetic “hello” to the listeners, David quickly stepped in to keep me talking, which helped me to loosen up and feel comfortable. Thank god this wasn’t a TV programme, I would freeze in that situation, and I would probably offer a silly giggle anytime I am asked a question.  We introduce the first song which I dedicated to my mother. For me, music always reminds me of someone or something significant in my life, so I decided to select my play list with an idea of why I love it, what it reminds me of and, more importantly who it reminds me of.

Being the great DJ that he is, I eventually loosened up and got into the flow of the radio thanks to David.  I started introducing my songs, making shout outs and dedications and talking in between each song to the listeners via the chat room. I no longer felt nervous and started to enjoy myself. We had a few live interferences (feedback noises) which would usually have me screaming out “Oh noooooooo David I messed up your show”, however David was completely un-phased; he corrected the problem very quickly and continued the show.

The experience was incredible and I am so glad I have had the opportunity to see how hard it is to run a live radio show but more importantly learn from someone who I have looked up to all my life. This is a great skill I can tick off my list and I’m looking forward to my next new challenge! – Check out the link to our Radio show

Travel writer and amateur photographer as well as film and produce travel videos and hotel reviews Luxury travel and adventure travel are my comfort zones but love to feature off the beaten path travel. View all posts by Jess